The question has been the topic of many studies since the idea of coagulation self-management appeared in 1987. “Is there a [patient] age limit at which it would be better for the doctor to manage INR than the patient?” 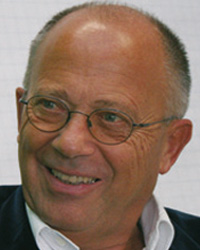 Certainly, some restrictions may apply, for instance, if the patient is suffering from Parkinson's or their vision decreases drastically, they would no longer be a candidate to test themselves. Even then, a partner or caregiver may be able to fill the gap by stepping in to perform the necessary testing instead of visits to the doctor or lab.

A review of some of the mentioned studies shows that:

The question of whether age and TTR are related has been an important topic in the minds of many researchers around the globe in the last few years.

A review of these publications makes apparent that self-management and the associated topic of self-testing at specific ages has an important place in the discussion around anticoagulation therapy. It seems clear that age is not a barrier to patient testing one’s INR values and that this self-testing is connected with a better quality of life.