I appreciate it very much that the web site of ISMAAP www.ismaap.org also covers the topic of traveling in order to reassure someone to travel despite the fact of a lifelong Anticoagulation therapy. This is the reason why I want to report the positive experiences I had with INR Self Management during my holidays. 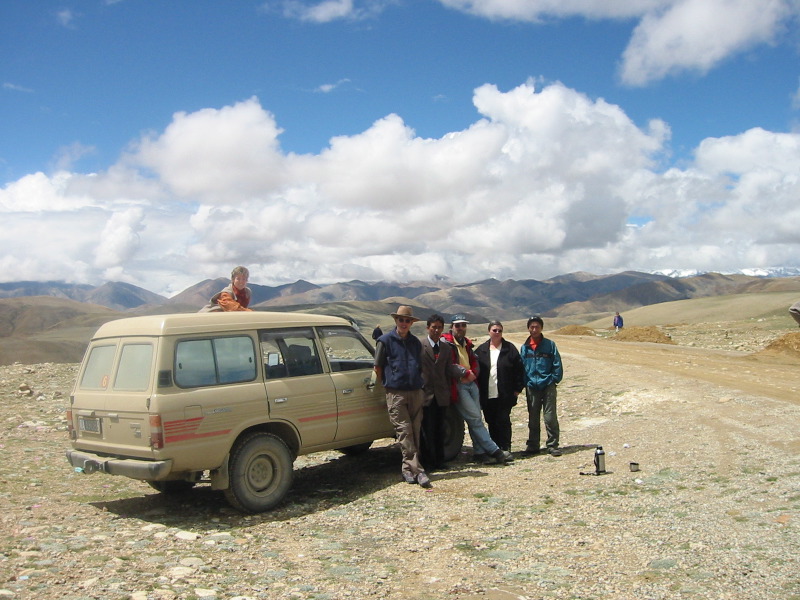 INR Self-Management on the Hebrides:

During vacation I usually have the CoaguChek system with me. Since I had 10 years ago the big case, I didn’t take it with me for a 10 days trip to the Hebrides. I have decided to use the out-patient departments of the hospitals for the INR determination, which was possible in England without any further problems. Even 10 years ago, when it was still a problem to receive the INR value from the home physicians in Germany, it was no question to get the INR in England. Since I have received the battery powered CoaguChek S system, it always accompanies me for vacation.

Tibet: A dream was fulfilled

Last year my wife and I fulfilled ourselves an old dream. Without the possibility of Self Management we were not be able to do this. We traveled to Tibet. I have stored the strips as often as possible in the refrigerator of the hotels. In Lhasa they were stored 5 days between beer and soft drink cans and despite the uncommon Chinese food, I had no bigger INR deviation. I had tested my INR every fifth day and this was adequate.

After 3 hard days of getting familiar with the conditions even the altitude with passes above 5.000 meters and overnight-stays at 4.200 meters were manageable. I had no other mentionable problems as the rest of the group. Among other things also the test strip pouches were pumped up because of the low air pressure, but they were not busted or damaged. After my heart valve operation I could not dream that such a trip will be ever possible for me.

We spent Eastern in New Zealand and of course the CoaguChek S has joined us again. Unfortunately I had bigger deviations and the results showed a tendency towards the upper range. The day we have planned to fly back I had to spend in hospital because of a tachycardia. With a special treatment it was possible to bring the rhythm again down on a normal level, but the blood sampling they did showed an INR of 6.6!

Thus they won't let me go.

My wife organized a can with sauerkraut, which was a hard job to eat it all in once. The physicians really wondered and asked if I did not receive enough to eat. Meanwhile I have tested my INR by my own and the value went to 5.0 INR “only” (the result was confirmed by the lab on the next morning). With the support of the sauerkraut the value was 3.4 INR after 30 hours. I was really glad that I had the possibility to measure the INR by my own. If not, I had to trust the 6.6 INR as the correct value and then I had to distress much more presumably I had to be persuaded of a longer hospitalization.