Oral vitamin K antagonists like warfarin are extremely effective in reducing the risk of stroke among patients with AF. The early AF trials consistently demonstrated benefit with an overall 68% risk reduction in stroke. 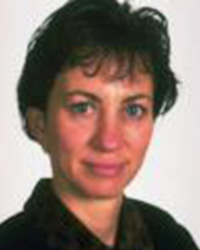 Despite the dramatic benefit of oral VKA, multiple studies have convincingly shown that only about 50-60% of at-risk patients with AF are receiving anticoagulant therapy.  In many parts of the world, the need for frequent INR monitoring represents a substantial barrier to its use.  Old age is often cited as a reason for not prescribing oral VKA because of perceived bleeding risk.  This is a true clinical dilemma because these are often the patients at highest risk of stroke.

Factors influencing Warfarin under use among elderly patients with atrial fibrillation

The paradox facing clinicians and patients is that many of the risk factors for intracranial hemorrhage are also risk factors for ischemic stroke.  Age, hypertension, and prior stroke all increase the risk for both hemorrhagic and non-hemorrhagic stroke.  Although leukoaraiosis and amyloid angiopathy are associated with increased risk of intracerebral hemorrhage, their utility for risk stratification remains unclear.

Published rates of ICH and other major hemorrhage from randomized trials and observational cohort studies have been reassuringly low.  Therefore, the risk versus benefit of anticoagulant therapy weighs in favor of anticoagulant use for the majority of patients at high risk of stroke. However, there are important caveats to the rates of major bleeding that have been published.  Overall, few patients greater than 80 years of age have been enrolled in randomized trials and cohort studies.  In addition, recent trials and most observational cohorts have largely reported the outcomes of prevalent users of warfarin.  Because most major bleeding occurs early in the course of anticoagulation, enrollment of predominantly long-time users of warfarin will result in lower estimates of hemorrhage.

Strategies to optimize risk and benefit

Older age has been shown in multiple studies to be a predictor of major hemorrhage.  Although multifactorial, age-related differences in the rate of INR normalization following an elevated INR may partly underlie this risk.

Risk factors associated with prolonged return to the therapeutic range following an INR of 6.0 or greater included older age, lower warfarin dose requirements, decompensated heart failure, an actively treated malignancy, and degree of elevation of the index INR.  For each decade of age, the risk of having an INR greater than 4.0 on Day 2 increased by 18%.  The clinical implications of this study are that elderly patients, especially those who require lower doses of warfarin to attain an INR of 2.0-3.0, are at highest risk for prolonged exposure to risk-laden levels of anticoagulation.

AF is associated with a 50 to 90% increase in
risk of death after adjustment for coexisting CV conditions.