Cardiac arrythmia (irregular heart rhythm) is a complex topic. Most people will at some time or another have had an irregular heart rhythm (irrespective of whether they have a healthy or a diseased heart). Many people have cardiac arrythmia a lot of the time, and for some it is a life-long condition. So you see, one person’s cardiac arrythmia is not the same as the next person’s. For many people it is a matter of whether the arrythmia is harmless or hazardous, whether it is treatable, and whether you as the patient concerned can do anything to prevent it. 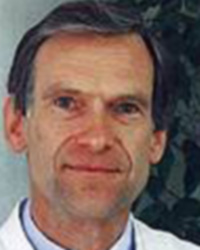 Most patients with heart valve defects have an irregular heart rhythm. In some patients, heart valve surgery reduces the arrhythmia; in others it actually exacerbates it. Through my daily work, which includes keeping a watchful eye on patients with valvular disease, and particularly on those who have had heart valve surgery, I know their problems well. Cardiac arrythmia is a much-discussed topic. The correct sequence of vital heart activities which result in the rhythmic beating of the heart is controlled by a series of complex mechanisms. In this edition of “Heart Valve” and in subsequent editions, I will raise and discuss several issues which heart valve patients who have had surgery approach me with concerning their arrhythmic heart. Prerequisite to an appreciation of what cardiac arrhythmia means is an understanding of normal cardiac function and, in particular of what constitutes a normal heart rhythm. I will start by giving a brief description of normal heart rhythm and explain how a heartbeat is generated.

The heart is a pump that keeps blood flowing throughout the body, thus supplying the cells in all of the organs with oxygen, nutrients and other vital substances. Its pumping activity is controlled by an impulse generation and conduction system within the heart. The impulses are electrical ones which ensure that the heart muscle alternately contracts and relaxes. The natural pacemaker which generates these electrical impulses is the sinoatrial node. It is located in the vicinity of the upper muscular wall of the right atrium. The sinoatrial node is a group of specialized muscle cells which are bundled together and, depending on requirements, are able to generate between 50 and approximately 150 impulses per minute. Each impulse spreads through the heart, causing it to contract. The contraction forces blood that has passed from the atria into the ventricles to be expelled. In the subsequent relaxation or recovery phase, the almost empty ventricles draw blood again from the atria.

There are special muscular pathways which conduct the electrical stimuli from the sinoatrial node through the atria and from there to the main chambers of the heart, the ventricles. Between the impulse conduction system of the atria and the conduction system of the ventricles, the pathways merge at the centre of the heart, at a site known as the atrioventricular node. If the sinoatrial node is not available to generate the impulses, the atrioventricular node can also act as impulse generator. The AV node is only a temporary substitute, however, as it does not achieve the same performance as the SA node. Nevertheless, it is sufficiently powerful to ensure in the short term that cardiac activity and cardiac output are maintained, albeit with a slightly slower rhythm. And there may also be physical symptoms such as dizziness or general weakness. If the AV node also fails, then more remote sites (so-called bundle of His) are able to take over the role of pacemaker, albeit at an even slower heart rate, possibly resulting in the patient becoming unconscious.

To summarize, cardiac arrhythmia can arise when the impulse generator (the sinoatrial node) and/or the impulse conduction system is impaired. Before we continue in the next edition with the actual cardiac arrhythmias, we should perhaps explain how propagation of the heart’s electrical signals can be registered.

The electrical currents flowing in the heart can be recorded in the form of an electrocardiogram (ECG). The ECG is able to depict the minuscule currents flowing through the heart in the form of a trace on a chart. To record an ECG, the doctor or medical assistant places electrodes at certain points on the patient’s chest, arms and legs. Cables connect the electrodes to the recording instrument, where cardiac activity is registered and displayed by a sensitive stylus on paper. Normal heart activity produces a typical trace on the paper with characteristic peaks and curves. Cardiac arrhythmia and other heart conditions can alter the appearance of the trace (e.g. following myocardial infarction or with thickening of the myocardium). As the ECG is the simplest way of detecting an irregular heart rhythm or other heart conditions, it is used frequently. Furthermore, recording an ECG poses no harm or risk to the patient.

Extrasystoles are when the heart skips a beat., also referred to as palpitations, gallop rhythms, etcetera. They are experiences subjectively as somewhat unpleasant. Some people feel the extrasystole as a single skipped beat whereby the cardiac rhythm is slowed down, others perceive it as an increase in heart rate; yet others perceive it as an irregular heart rhythm. Some people experience the extrasystole as an alternate slowing, acceleration or irregularity of the heartbeat.

If you as patient consult your doctor because of these symptoms, we will generally listen to your heart and usually also prescribe an ECG (electrocardiogram). Sometimes you will find that your skipped heartbeat was just a fleeting occurrence and that it is no longer visible on the ECG. This is why the 24-hour long-term ECG is particularly important for detecting, and discovering the causes of, irregular heart rhythms. In many cases it will directly diagnose the rhythmic dysfunction actually responsible for the extrasystole. In many cases the problem involves extra heartbeats which have their origin in the atria or ventricles. The gap between an extra beat of this type and a normal heartbeat may be shorter than longer than usual. Sometimes an extra heartbeat is experienced as being especially powerful. In addition to these extra heartbeats, other cardiac arrhythmias can be experienced subjectively as a skipped beat or gallop rhythm. They may sometimes take the form of brief periods of atrial fibrillation with either a faster or a slower heart rate, or of short phases of much faster, regular heartbeats (sinus tachycardia). Also common are dicrotic extrasystoles as well as brief periods of several extra heartbeats.

Extrasystoles have many causes. In many people (whether they have a healthy or a diseased heart) the heart can miss a beat when they are excited (through joy or through worry). In people with diseased hearts additional causes include coronary heart disease, myocardial disease and valve defects. There are also drugs a side effect of which is to occasionally produce or intensify extrasystoles. In some people, extrasystoles are induced by caffeine, nicotine or alcohol.

In many patients, occasional or persistent atrial fibrillation may be found to be the cause of a subjectively perceived skipped heartbeat. In this type of arrhythmia the atria fibrillate, i.e. they no longer contract as they should, and propagation of impulses from the atrium to the ventricle becomes completely irregular.

Conditions not related to the heart may also be the cause of an irregular heartbeat. Thyroid dysfunctions or mineral deficiencies (especially lack of potassium) are often responsible.

Diagnosing irregular heart rhythm is important in order to allow the underlying heart condition to be accurately identified. As already explained, behind the subjective concept of irregular heartbeat can in objective terms be various forms of cardiac arrhythmia. These different heart rhythm defects require equally differentiated treatment approaches. The normal and 24-hour long-term ECG are the most important for diagnostic purposes. Additional investigations may be required such as a stress ECG , or echo cardiography, and sometimes even cardiac catheterization and electrophysiological measurements (cardiac catheter investigations in which the catheter is used to measure current or provide electrical impulses at various points within the heart).

As already mentioned, the type and severity of the underlying cardiac arrhythmia play a crucial role in deciding on the treatment given for an irregular heart rhythm. In many people the subjectively experienced extrasystole is caused by individual extra heartbeats, without there being any signs of organic disease. Here, fortunately, treatment may not be necessary. If however, intense unpleasant sensations are triggered by these extra heartbeats and they exercise an adverse subjective effect on the patient, then medication – mostly in the form of beta blockers – may be attempted. This is a symptomatic approach which serves to improve the quality of life without necessarily prolonging it. If the cause of an irregular heart rhythm is a heart condition or some other organic dysfunction, then this condition must be treated first. In many cases the arrhythmia will then stop by itself.

Some cardiac arrhythmias which give rise to a perceived irregular heart rhythm have an adverse effect on the vital prognosis without them being perceived as being particularly unpleasant or without any significant underlying disease being found. One is atrial fibrillation, as already mentioned; another is the paroxysmal occurrence of one or many ventricular extrasystoles in succession.

Symptoms of irregular heart rhythm in order of frequency: