For patients taking warfarin (Coumadin) the only Vitamin K antagonist (VKAs) available in the US, keeping within ones INR range lessens the chance of an adverse reaction (bleeding) and increases the VKAs prevention of dangerous blood clots: (see Figure from Cannegieter et al, NEJM Vol 333, No 1, page 14 Copyright © 1995 Massachusetts Medical Society. All rights reserved.) 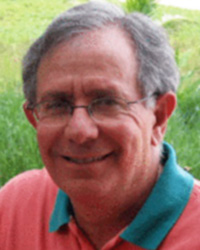 For many patients keeping the INR within range is difficult.  It is most difficult when a physician first begins warfarin usually in the hospital after the diagnosis of a serious medical problem or heart surgery.  In many studies 1/3 of complications happen during the early dose-adjusting phase (within the first 3-6 months).  Genetic testing from Blood/Saliva may make it easier for physicians to prescribe the correct dose of warfarin and decrease hospitalizations from adverse events.

In a study released March 16, 2010, the Medco-Mayo Warfarin Effectiveness Study (MM-WES) found that a simple test for two genes (CYP2C9 and VKORC1) done shortly after starting warfarin "can be used to more accurately predict the best warfarin dose early on."  For example, a patient might be classified as having a high sensitivity to warfarin based on genotype. In this case, the physician would be advised to reduce the warfarin dose and monitor blood tests more frequently. If a patient were found to have a low sensitivity to warfarin, the report would recommend an increase in warfarin dose.

For the study, researchers recruited 896 patients who were beginning warfarin therapy. The researchers found that, during the first six months of warfarin therapy, patients who underwent genetic testing had a 33 percent lower risk of all-cause hospitalization and a 43 percent lower risk of hospitalization for bleeding or blood clots (thromboembolism) when compared to an historical control group that did not undergo genetic testing.

The cost of genetic testing is approximately US$250 to $400, depending on the laboratory.

This information is from a press release at the American College of Cardiology annual scientific session. This study has not been published in a peer reviewed medical journal.  It is limited because it compares patients who had genetic studies done with "historical" controls rather than with a group of patients occurring in the same period of time. It is not hard to imagine that INR testing may have been done more frequently during the study than it was in "usual clinical practice" before the study began.  If this were true, one could not be sure whether the observed improvement in outcomes were due to genetic testing or the increased INR monitoring. Fortunately studies of genetic testing with properly randomized control patients are underway.  If these studies confirm the MM-WES results genetic testing at the onset of therapy will decrease the risks of warfarin therapy.