In the body, as everywhere in life, there is a natural balance. In the case of coagulation it is between the promoting and inhibiting components. On the one hand, a little coagulation or blood clotting takes place all the time without being visible under the microscope or observed by the patient. On the other hand, other mechanisms constantly inhibit the formation of even the smallest fibrin networks which could otherwise become larger and thus lead to the development of thrombosis. 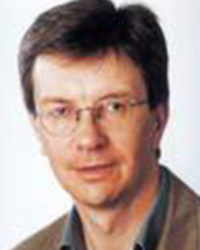 Factors which disturb this balance, such as the occurrence of a small wound, lead to formation of larger blood clots which are then often visible. However, an artificial heart valve can also disturb the existing balance. Bleeding must be stopped Blood is an organ just like the heart, liver or the kidneys and has a wide range of tasks to fulfill. Unlike the solid organs (e.g. the liver), in the case of the blood there is a constant risk of blood loss through damage to the vascular system. As we all know, substantial blood loss is not compatible with life. Thus, in the course of evolution a highly specialized and complex biological system has developed which has the task of keeping the liquid organ blood within the vascular system: the haemostatic system.

Bleeding must be stopped

Blood is an organ just like the heart, liver or the kidneys and has a wide range of tasks to fulfil. Unlike the solid organs (e.g. the liver), in the case of the blood there is a constant risk of blood loss through damage to the vascular system. As we all know, substantial blood loss is not compatible with life. Thus, in the course of evolution a highly specialized and complex biological system has developed which has the task of keeping the liquid organ blood within the vascular system: the haemostatic system.

Haemostasis (the arrest of bleeding) takes place in three stages

If a blood vessel in the body is injured the following reactions occur one after the other:

We can thus see that haemostasis (the arrest of bleeding) and coagulation (blood clotting) are not the same thing. However, coagulation is probably the most important and certainly the most complex mechanism involved in haemostasis.

Coagulation can, as we know, be readily influenced by anticoagulant drugs.

The platelets are the smallest cells - actually only cell fragments - in the blood. They have a diameter of 2-3 thousandths of a millimetre and possess a certain natural "stickiness". Certain stimuli, e.g. a small but rough wound surface in the blood vessel (connective tissue fibres protruding from the vascular wall) increase this "stickiness" tremendously. As a result, the platelets - also known as thrombocytes - stick to the fibres along with many more of their kind. The platelets form a very dense, multi-layered plug which closes the wound. This is usually enough to stop the bleeding.

But beware, this is not a permanent seal! Slight changes in pressure in the circulatory system (e.g. by straining) or abrupt movements of the body can be enough to tear open this seal. Bleeding starts again. So a mechanism is required which stabilizes the clump of platelets and attaches it firmly to the edges of the wound.

Only coagulation permits secure closure of the wound, a process only finally completed when the wound has healed.

Nature makes sure that coagulation takes place quickly so that as little as possible of the valuable blood is lost either externally, e.g. after a cut, or internally if the blood enters the tissues, i.e. internal bleeding occurs.

Under the influence of vitamin K, some of them, namely factors II, VII, IX and X, are altered in such a way that, in the event of an injury, they are able to bind to the platelets already adhering to the wound surface and to other coagulation factors. In order for this binding to take place, calcium is also required as a bridge, i.e. without free calcium coagulation is not possible.

The complex process of coagulation

Why, one might ask, is coagulation so complicated, why are so many coagulation factors involved? One can picture the sequence of events as follows: a small initiating impulse - triggered by a small injury - releases a little tissue thromboplastin (tissue fluid) thus setting in motion the chains of reaction of all coagulation factors. The combination of these chains of reaction has a tremendous amplifying effect. It is like setting off a firework when the tiny glowing fuse triggers a chemical chain reaction which culminates in the development of a tremendous explosive force.

The coagulation process is similar: However, it takes a few minutes for a blood clot to form. With such a chain reaction mechanism, there is always the risk of coagulation spreading from the site of the injury into the blood vessel and possibly involving the entire body. However, fortunately this does not happen as the blood also contains substances that suppress coagulation (so-called inhibitors: e.g. antithrombin, protein C and S) and keep the successfully triggered coagulation process in check.

Is coagulation always good for the body?

An intact haemostatic mechanism is essential for life. However, small hereditary changes in certain coagulation factors or inhibitors can result in a tendency to increased blood coagulation and thus to thrombosis.

A thrombosis is a blood clot in a blood vessel which often blocks the entire vessel. The development of thromboses is particularly promoted by large wound surfaces, such as regularly occur in the case of operations or large injuries, as these release pro-coagulatory substances (thromboplastin).

Thromboses are also encouraged by slower blood flow, e.g. through prolonged bed rest or sitting for many hours in an aeroplane, by atrial fibrillation or by arteriosclerotic changes in the walls of the blood vessels.

Artificial heart valves are a special situation. The valve is made of a high-tech material with an extremely smooth surface; however the material does not resemble the natural surface of the endothelial cells which line the heart and the blood vessels.

This could be dangerous if the blood clot were to become detached by the bloodstream and carried to the brain, for example. To prevent this from happening, immediately after implantation of the artificial heart valve the reactivity of the coagulation system is reduced a little - but only enough to ensure that neither bleeding nor blood clots occur.

How can coagulation be suppressed?

Certain amounts of coagulation factors are formed but they are unable to bind firmly to platelets and other coagulation factors. The rapid blood clotting necessary after an injury does not begin immediately in patients taking Marcumar®. Coagulation takes longer and stronger stimuli are required to start the process.

On the other hand, the suppressed action of the coagulation factors prevents the formation of fibrin and the clumping of blood platelets on the surface of the heart valve as the thrombin formed during coagulation also enhances the "stickiness" of the platelets.

The interference in the coagulation system must be closely monitored

Coagulation is a process which on the one hand protects us on the other hand must be very well balanced in order to prevent possible complications.

In order for the artificially created new balance to remain stable, the INR values must be regularly monitored and the dosage of the anticoagulant adjusted as necessary.

Notice to patients:
Please speak to your doctor before taking any medication other than that which has been prescribed by him. Please always tell the pharmacist that you are on oral anticoagulation therapy when purchasing any medication over the counter. This also applies to creams and gels as well as to tablets.

Speak to your doctor before applying any therapy subsequent to the aforementioned information.