Utilizing the correct intensity of a vitamin K antagonist (VKA) and maintaining the patient in the therapeutic range are two of the most important determinants of its effectiveness and safety. 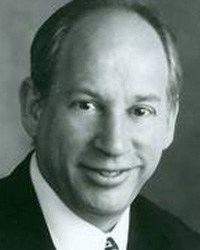 Vitamin K1 is an essential cofactor in the carboxylation of several glutamic acid residues in the vitamin K-dependent coagulation factors II, VII, IX, and X, as well as proteins C and S.  Depending on the level of carboxylation, these proteins manifest a reduced coagulant (i.e., enzymatic) potential. Vitamin K1 is oxidized in the process and is recycled to a reduced state by an enzyme, vitamin K oxide reductase complex 1 (VKORC1).  The VKA produces its anticoagulant effect by interfering with the cyclic interconversion and regeneration of reduced vitamin K from its 2,3 epoxide (vitamin K epoxide).  It exerts this effect by inhibiting the enzyme, VKORC1.  Dietary vitamin K1 enters the body in a partially reduced state bypassing the VKA-sensitive reductase, and thus, replenishing fully reduced vitamin K1 stores in the presence of warfarin therapy.

Because of its excellent bioavailability and favorable pharmacokinetics, warfarin is the most commonly used oral anticoagulant in many countries. Warfarin is a racemic mixture of stereoisomers known as the R and S forms; each has distinctive metabolic pathways, half-lives, and potencies.  Variability in warfarin metabolism, due either to genetic differences in the metabolic enzymes or to disease and/or drug-induced alterations in metabolic fate, or of the sensitivity of the VKORC1 enzyme to warfarin account for the marked variations in an individual's initial response to, or maintenance requirement for warfarin. The S form of warfarin (5 times more potent than the R form) is metabolized primarily by the CYP2C9 enzyme of the cytochrome P450 system. A number of genetic polymorphisms (single nucleotide polymorphisms [SNPs]) in this enzyme leads to a reduced activity of the enzyme and may influence both the dose required to achieve a therapeutic level and the bleeding risk with warfarin therapy. Specifically, the CYP2C9*2 and CYP2C9*3 alleles are associated with lower dose requirements and higher bleeding complication rates compared to the wild-type enzyme CYP2C9*1. The prevalence of these polymorphisms varies in populations.

The recent discovery of a number of SNPs in the VKORC1 gene leading to varying sensitivities of the enzyme to warfarin inhibition has been shown to have a major impact on the pharmacodynamics of warfarin.  A combination of SNPs leads to various haplotypes of the gene and gene product.  Some of these haplotypes result in an enzyme that is sensitive to warfarin inhibition requiring a lower dose of warfarin, while others are more resistant, requiring a higher dose (and maintenance dose) of warfarin to achieve a therapeutic INR.  The prevalence of these haplotypes varies in different populations.  A combination of genetic alterations in either the CYP2C9 or VKORC1 genes has been shown to account for as much as 20% to 50% of the variability in warfarin maintenance dosing.